Cardigans versus anoraks (one more blast)

One more thought on the subject of the printed dictionary versus its electronic challenger.

As one comment on that Guardian article pointed out, “How the good people who create dictionaries will get paid is an entirely different problem from whether we need this information printed on a page.” However, our expert on faith, philosophy, controversy and understanding appears to be groping towards something relevant when he says that “the very bulk of the book somehow contributes to the effort”. It’s true that a printed volume gives a very immediate and comprehensible idea of the amount of data and work that go into even a medium-sized dictionary. With his much-hated search box, you have no idea of the size of what you’re looking through. The blink of the cursor may seem lazy to him but in fact it searches the text at unimaginable speed. I wonder how many people who use the OED online realise that if they were using the printed edition the first task would be identify which of twenty volumes to heave off the shelf and leaf through.

With a printed dictionary you have some idea of scale, and hence price. Anyone can see that just manufacturing such an object would cost a certain amount, whatever it cost you to compile the text. In the case of an electronic product, the production cost is very small, in fact adding a subscriber to an online dictionary must represent almost no extra cost to the producer, so the fee you charge is going to be very arbitrary. How do you put a price on the lexicographical labour it represents?

Which brings us back to the fascinating question the newspapers seem to be showing so little interest in. Who can say what will happen to the printed dictionary over the next few years? Is it an endangered species, as some people even seem to think those printed newspapers are? Certainly, paper has its limitations when it comes to reference works. But it would be very sad never to pick up a convincingly hefty chunk of well-inked cellulose, riffle through the pages and actually get that physical impression of scale, not only of the richness of the language itself but of the sheer labour and dedication that goes into a making a dictionary. 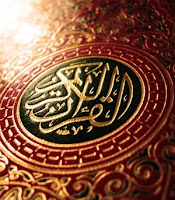 And the hefty tome does have occasional other uses too. I once read a nice anecdote in a newspaper restaurant column whose author had visited a Bangladeshi restaurant and noticed a large copy of the Koran on top of a fridge. How interesting, he immediately thought in his Guardian-journalist way, to see the way religion is an inherent part of the daily life of these fine people. “Well yes,” they agreed when he mentioned it, “but it also comes in very handy if anyone tries to get out of paying the bill. You can’t keep a baseball bat behind the till these days, that’s an offensive weapon, but a Koran…”
at 21:53